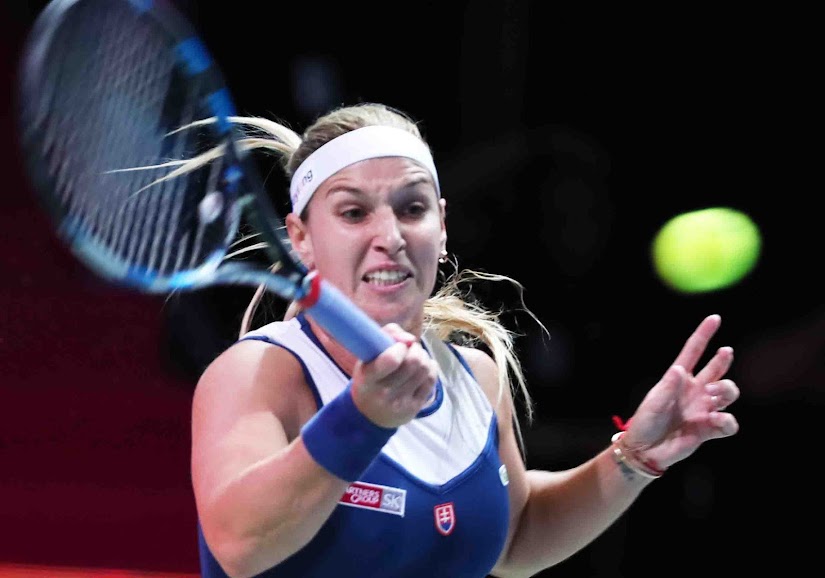 No.1 seed Dominika Cibulkova booked her place in the semifinals of the Hungarian Ladies Open by defeating Johanna Larsson, 6-3, 6-2.

The WTA World No.33 was made to work hard for her success but never trailed in the match and took her head-to-head record against the 29-year-old Swede to 5-0.

Despite the lopsided nature of the previous matches, Cibulkova had remarkably been forced to come from a set behind in all of those meetings. This time around, however, it was a more emphatic performance.

"It was my first good game against her," the victor explained. "There was not much she could do today on court. I'm happy with my performance and I'm ready for my semifinal."

There was little between the players in the opening set, but the WTA World No.33 was simply more efficient with her chances. While she broke twice from only three opportunities, Larsson fashioned four chances but was only able to take one of them.

The Swede was the more aggressive and powerful player, but she failed to match Cibulkova’s control and allowed her groundstrokes to be wild at key moments.

Having claimed the first set, the higher ranked player wasted little time taking the initiative in the second, breaking at the first time of asking.

Although Larsson hit rapidly back, Cibulkova took command decisively in the third game and started to run away with the set when she followed up by holding serve.

A super backhand down the line sealed a double break for the increasingly fired up favourite and the match followed soon after as Larsson’s groundstrokes misfired.

The 28-year-old will now face Mona Barthel who beat qualifier Ysaline Bonaventure in the final four on Saturday.

"I expect a tough match. She can have her ups and downs, but she's already beaten some tough players so I have to be really focused and keep up my good tennis," she concluded ahead of her first semifinal of 2018.

Unseeded Alison Van Uytvanck added another seeded scalp to her tally at the Budapest Ladies' Open on Friday, as she defeated No.2 seed Zhang Shuai, 6-2, 6-4 to reach the semifinals.

The 2015 French Open quarterfinalist, ranked World No.80, also defeated No.5 seed Mihaela Buzarnescu in the second round this week.

The 23-year-old Belgian has had a penchant for indoor tennis over the past six months, as she won her first career WTA title indoors as well last fall in Quebec City.  She will face 19 year old Viktoria Kuzmova who defeated Petra Martic 6-4, 6-2 to reach her maiden Tour semifinal.