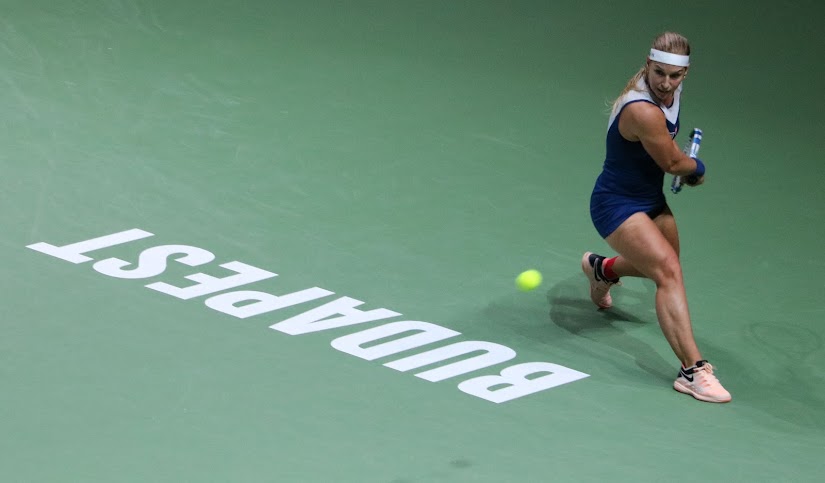 The top two seeds at the Hungarian Ladies' Open got their campaigns off to a winning start on Wednesday, as Dominika Cibulkova and Zhang Shuai each won in straight sets to reach the second round.

"On the forehand and backhand, I was really stable today," Cibulkova said after the match. "I'm not the tallest player on tour, but I'm trying to be as aggressive as I can because it's my only chance to be one of the best players in the world."

While Cibulkova and Zhang both scored wins in their first round matches, seeded players weren't as fortunate in the second round, as both No.5 seed Mihaela Buzarnescu and No.6 seed Aliaksandra Sasnovich fell in upsets.

Buzarnescu was soundly defeated by former French Open quarterfinalist Alison van Uytvanck, 6-1, 6-0, while Petra Martic came from a set down to see off Sasnovich, 3-6, 6-4, 6-4.

Lucky loser Viktoria Kuzmova also kept her run going into the quarterfinals with a 6-2, 6-4 win over Sabine Lisicki.