Easy first round for home favourite 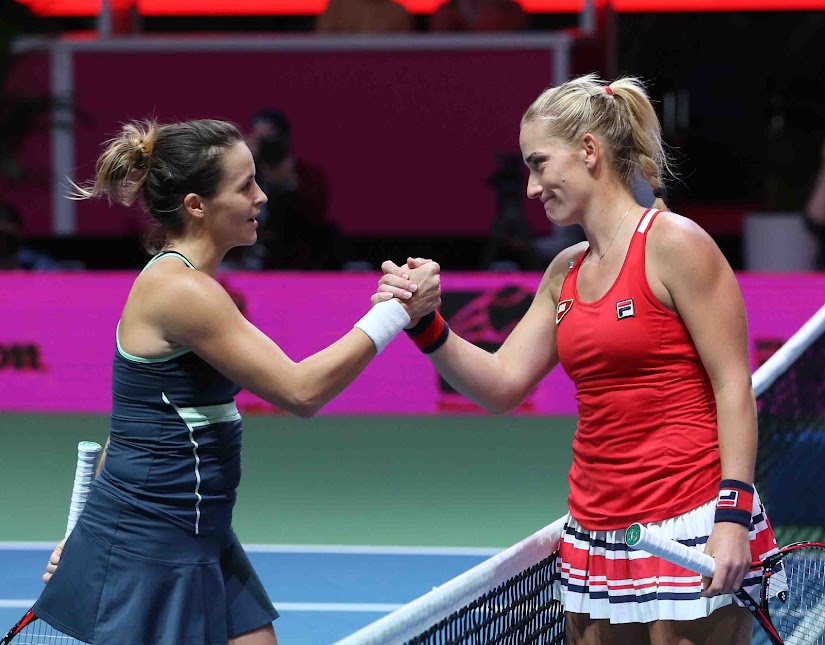 Hometown favorite and defending champion Timea Babos put on a flawless performance to dismiss Germany's Tatjana Maria, 6-1, 6-0, to ease into the second round of the Hungarian Ladies Open.

"It's a whole new situation compared to last year when I came here," Babos said after the match. "I hadn't won a match before this tournament last year, and this time I already have a singles trophy and Grand Slam title in doubles."

Ranked as high as World No.25 two seasons ago, Babos won the inaugural Hungarian Ladies Open last year but struggled to maintain her form for much of 2017, showing signs of a turnaround last fall when she made back to back finals in Québec City and Tashkent.

Her start to this season has been even more promising, scoring her first Top 10 win at the Australian Open and winning her maiden major title in doubles with Kristina Mladenovic.

"I'm really happy to be here, to be back at my favorite tournament in my home country. I'm so glad to be on court, and I think I played well today. That was the key for sure."

The Hungarian No.1 took that form into Taipei City where she won her third career WTA title and was equally imperious at home on Wednesday, dropping just three points behind her first serve and saving all three break points faced.

"I knew what to expect from Tatjana; we've played a couple of times, especially in doubles. I knew how to play against her. This was the key, that in the difficult moments, I was very disciplined with my tactics. I made the correct choices. Even though the scoreline was 1&0, I don't think it was that easy."

Up next for the defending champion is Maria's countrywoman Mona Barthel, who battled past Kateryna Kozlova in three sets on Monday.