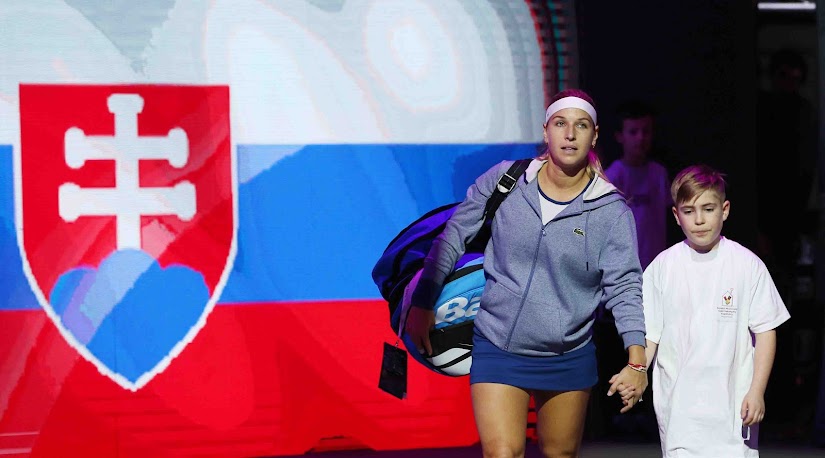 Top seed Dominika Cibulkova needed an hour and 13 minutes to charge past the tricky Kirsten Flipkens and take her spot in the quarterfinals at the Hungarian Ladies Open.

After trailing by a break twice in the opening set, it was one-way traffic for the Slovak in the second as she sealed the victory, 6-4, 6-2.

“Today was a pretty good performance from my side,” Cibulkova told wtatennis.com after the match. “Flipkens is always a very tricky player, she’s playing with a different rhythm than all the other girls.

“It’s always a good experience to play against her so I’m happy with the way I did today. I want to keep going like this.”

Cibulkova’s aggressive returning was the key; she kept Flipkens’ serve under pressure throughout the match, attacking her opponent’s vulnerable second delivery.

In the opening set, Flipkens got off to a fast start to lead 2-0, but the Slovak came roaring back in the next game to cancel the advantage. They traded breaks once more as the momentum shifted between the two, until Cibulkova finally grabbed the decisive lead at 4-3.  The Belgian saved two set points on her own serve to extend her stay in the opener, but Cibulkova didn’t falter in the next game.

The second set started just as tense, with the first four games going comfortably to the server. But Cibulkova raised her level to reel off the next four games in a row and close out the match - and her spot in the quarterfinals.

Up next, she’ll take on Sweden’s Johanna Larsson, who knocked out No.7 seed Aleksandra Krunic 6-3, 6-1 earlier in the day.

“I've played Larsson a couple of times, she’s a good hitter,” Cibulkova assessed. “And she’s serving well, she has a good kick. So I’ll have to be ready for it tomorrow.”