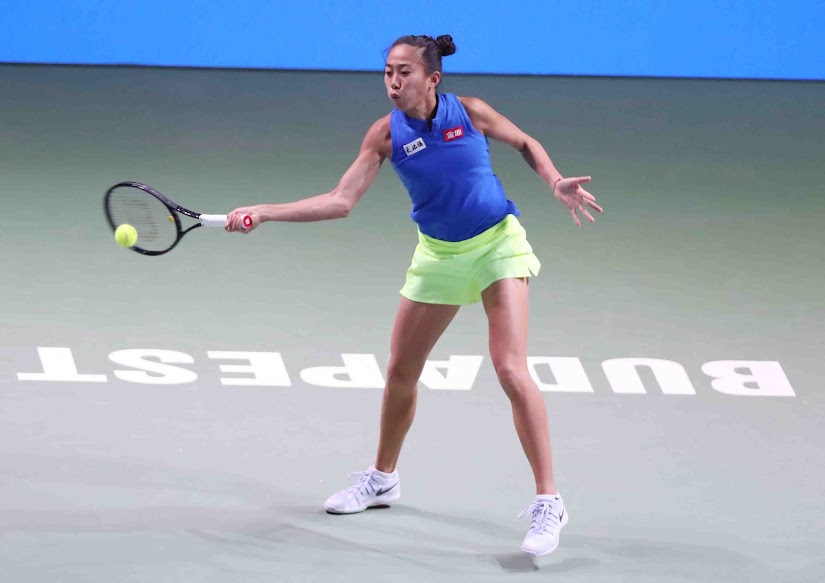 No.2 seed Zhang Shuai had to save two match points to come back from the brink against qualifier Jana Cepelova at the Hungarian Ladies Open.

Down a set and facing down match points late in the second, the Chinese No.2 pulled off the improbable escape act to win 2-6, 7-6(4), 6-4 in just over two hours.

“In the first set, I didn’t have a lot of chances to win points; she was hitting so many winners and playing unbelievable good. So I just tried my best, I think today my serve was good, and I’m really happy to be in the quarterfinals in Budapest in my first time here.”

Cepelova played well above her No.114 ranking to keep Zhang under pressure for most of the first set. She stepped inside the baseline and teed off on Zhang’s vulnerable second serve to notch back-to-back breaks, reeling off the last four games in a row to take the opening set.

But she couldn’t maintain her level in the second set as Zhang came roaring back, recovering from a break down and saving two match points. The Chinese player really got going in the tiebreak, where she built up a 4-0 start and hit a barrage of winners to send the match the distance. Zhang broke three more times to clinch the third and close out the match.

“I think my mentality was really strong today,” Zhang reflected. “I never gave up, even when she had two match points. I tried my best in every point, and I just tried to hit hard with more spin. And try my best every point - she played so well sometimes I thought there’s nothing I could do. So I just tried to give myself one more chance.”

After scoring a first-round win against Arina Rodionova, Zhang’s victory against Cepelova in Budapest marks the Chinese players’s first back-to-back match wins of the year. Zhang ended 2017 on an impressive note, winning her second Guangzhou title along with an ITF 100K in Tokyo and the WTA 125K event in Honolulu. But she hasn’t been able to string together victories in 2018, coming into Budapest with just three victories in three tournaments.

Awaiting Zhang in the quarterfinals is Alison Van Uytvanck, who powered past No.5 seed Mihaela Buzarnescu 6-1, 6-0 earlier in the day.